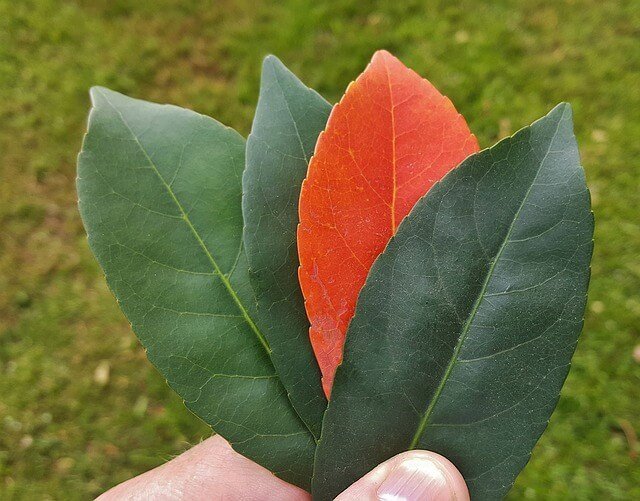 What is it Neuromarketing?

“The term neuromarketing refers to the use of modern brain science to measure the impact of marketing and advertising on consumers. For decades, marketers have sought to understand what consumers were thinking, but they’ve relied on traditional techniques — asking them what they thought in focus groups and surveys.

Neuromarketing techniques are based on scientific principles about how humans really think and decide, which involves brain processes that our conscious minds aren’t aware of. When combined with sound experimental designs and procedures, these new techniques provide insights into consumer decisions and actions that are invisible to traditional market research methodologies.”

Neuromarketing brings together psychology, neurology and marketing in order to identify and then monitor the processes that occur in the purchase. But not only: neuromarketing studies also the reactions caused by a specific advertisement, brand, a store, and a character.

The goal is to maximise, amend and optimise the web marketing strategies based on the product but also based on the target audience reactions.

After the neuromarketing experts will have collected the necessary data, by mix them they will be able to get a reaction instead of another.

Did you think you were reacting instinctively in front of the laundry softeners shelf? No. In fact, when you randomly pick a bottle you are responding unconsciously to persuasive marketing techniques.

Behind your choices there are messages that push you to action in a way or another: these messages follow visual communication and copywriting techniques that exploit cognitive biases.

Cognitive bias and heuristics are deceptions of the mind that block a critical thought: they are wrong judgments based on other people opinions we borrow from.

“A cognitive bias refers to a systematic pattern of deviation from norm or rationality in judgment, whereby inferences about other people and situations may be drawn in an illogical fashion. Individuals create their own ‘subjective social reality’ from their perception of the input.”

“The availability heuristic is a mental shortcut that relies on immediate examples that come to a given person’s mind when evaluating a specific topic, concept, method or decision. The availability heuristic operates on the notion that if something can be recalled, it must be important, or at least more important than alternative solutions which are not as readily recalled.”

When we decide in the light of evaluations based on old beliefs, preconceptions, outdated cultural conjectures, it’s because within us there are an infinite number of convictions, that are not the result of personal reflections: they are rooted in our culture and in our individual and collective history.

An example? You know when we choose a drink because “it is the best”, but in reality you have never drank it? This is it.

An example on the subject is the Coca-Cola’s- Pepsi’s experiment: in the early 80’s, PepsiCo launched an advertising campaign that included an experiment. A group of volunteers were made to taste both Coca Cola and Pepsi, hiding which one was which. Even if consumers were to declare before tasting that they preferred Coca Cola, when they had to indicate their preference in terms of taste, most declared to prefer Pepsi. It is clear how much Coca Cola has always exceled marketing-wise!

Neuromarketing Techniques on the Web: What Types of Cognitive Bias Are Used?

There are many cognitive and heuristic bias, but the most common and used in marketing and copywriting are three: Bandwagon Effect, Anchoring Bias and Framing Effect.

Take advantage of Cognitive Bias to Increase your Leads

1- Bandwagon Effect: As we have defined before, the bandwagon effect is precisely wanting to do one thing because others do it: “if they do it why shouldn’t I?”. The bandwagon effect is tangible proof that we follow certain behaviours, or we prefer certain brands, based on the influencer or the fashion blogger who is the spokesman of that specific brand, rather than the relevance of the brand that this person is advertising.

How to use it: Always enter reviews on your website or let your customers leave a comment on your Social page. Personal experience and direct customer satisfaction is worth much more than an article written well but never commented. Make the comments, the faces and the thoughts of your loyal customers visible, in such a way as to allow a real and tangible personification to the person who reads and clearly show the authentic sincerity behind the comment.

2- Framing effect: Through the framing effect we tend to have a different conception of reality based on the type of context in which it is shown. Obviously, in this case, what is very important is the copywriting on the website: what is reported at the level of choice of keywords and content is fundamental and can greatly affect the increase in the number of conversions on the site.

How to use it:

a) Never speak negatively but highlight the benefits of your product through positive terminology. If you need to do an effective Landing Page for your client, do not talk about costs and purchases to spend but talk about investments that will bring tangible benefits. I’ll give you a real example of a CTA (Call To Action) reported with two different connotations:

Buy the Web Marketing package for only £200 per month and you can learn all the SEO and SEM techniques to increase your company’s turnover!

Invest £200 per month to learn all the SEO and SEM techniques on web marketing and increase the turnover of your company!

The difference is tangible in the two possible CTA proposals. In the second, the negative tone reported by the word “buy” is replaced by the future possibilities of having greater turnover in the company through new “investments” reinforcing the value of your purchase.

b) Are you creating an SEM campaign on Google Adwords? Maybe a Display campaign with an animated banner? Good! In the CTA of the banner let’s exploit the framing effect and within the copywriting try to activate the cognitive bias as follow:

“Would you like to have hot or cold water in your home without using plastic bottles and reducing costs?!

-Yes, I would like to reduce my costs and reduce the waste of plastic

-no, I do not want to cut costs and have drinkable water at home”

Obviously, there is a clear division between the two proposals: it is very difficult for our possible client to click on the second option considering that it is affirming and proposing what would not happen.

3 – Bias of the Present: It is what pushes us to prefer a benefit, perhaps temporary but preferable because immediate even if we know that in the long run it would be much more advantageous to act by thinking of future and long-term benefits.

How to use it: The difficulty of the bias of the present is certainly creating problems at the level of sale, because very probable the cost that the user will have to sustain would be quite high and the benefits might not be immediately visible, but in the long run will be greater. So it is difficult push the consumer to purchase.

For example, if we are creating a newsletter or a DEM for targeted customers with the goal of selling SEO services whose benefits unfortunately are not immediate, the work of the copywriter is certainly to highlight the copy and create a well-defined and attractive CTA. In fact, if you succeed in highlighting the immediate advantage that derives from it, it is easier to obtain qualified leads.

Sustainability is certainly a very interesting specific sector, in which the present bias applies. The future vision of having a cleaner and more comfortable planet in terms of sustainability is a very noble and positive experience. Communication, in the field of sustainability, gives much more importance when the long-term benefits are linked to short-term benefits, that can directly involve the person performing the action.